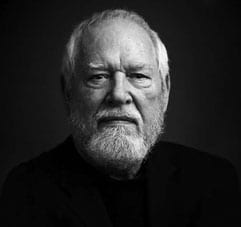 Society for Experimental Biology and Medicine

American Association for the Advancement of Science

Food Safety Advisory Board, Department of Health for the City of New York (2007-2009)

Who’s Who in American Education (since 2005)

"The in vivo and in vitro analysis of acquired resistance to Trichinella spiralis infections in mice." 1967 Ph.D. Thesis, University of Notre Dame.

Director of two day workshop: "We All Live Downstream", sponsored by East Jersey Chapter of Trout Unlimited. (Sept. 21 and 22, 1991)

Board of Advisors, The Neighborhood Fund. (1992-Present)

29. Despommier, D.D., and A. Laccetti.  1981.  Trichinella spiralis: Partial characterization of antigens isolated by immuno-affinity chromatography from the large-particle fraction of the muscle larva.  J. Parasit.  67: 332-339.

62. Capo, V., D.D.Despommier, and R.I.Polvere. 1998. Trichinella spiralis: Vascular endothelial growth factor is up-regulated within the Nurse cell during the early phase of its formation. J.Parasitol. 84: 209-214.

11. Despommier,D.D. 1997. Trichinella and Toxocara. in: Topley and Wilson’s Microbiology and Microbial Infections. 1997.

20. The urban ecosystem: sustainable future for the built environment. Degrees of Change: Urban Design After the Age of Oil.

22. Springer-Verlag. The Vertical Farm in Horticulture.

1. The 3rd International Conference on Trichinellosis. Miami, Florida, 1972. Coordinator of meeting and Chairperson, Symposium on Mechanisms of Immunity.

2. European Workshop on Immunology. Amsterdam, The Netherlands. 1974. “The Antigens of the Stichosome of Trichinella spiralis”.

7. The use of affinity-purified antigens from Trichinella spiralis in the diagnosis of swine trichinellosis.  Internat.Assoc.Biol. standards/WHO Symposium on Parasitological Diagnostics and Vaccines, Feb. 20-22, 1985.  Stockholm, Sweden.

8. Trichinella and structural changes in mammalian muscle fibers: observations of a non-malignant transformation process. Symposium sponsored jointly by The Helminthological Society of Washington and The New Jersey Society for Parasitology.May 11, 1985.

15. Trichinella spiralis and the concept of niche.  President’s symposium. Annual Meeting of the American Society for Parasitologists. Philadelphia, Pa. August, 1993.

16. “On the Value of Trout”. In: “The Economics of the Environment”. G. Chichilniski, course director.

21. Trichinella spiralis: Nature’s master architect. U. Texas at Houston, Feb. 1997. Celebration of the merging of the departments of Pharmacology, Toxicology and Physiology.

25. Climate Change: What does it mean for South Florida? Sponsored by the Environmental Protection Agency. Wyndam Miami Biscayne Hotel. May 26th, 1999. “Implications of Climate Change for Public Health”

know about the biology of Trichinella spiralis.

about the biology of Trichinella spiralis

34. The Vertical Farm: Agriculture for the 21st Century and Beyond. Visiting scholar.

35. Emerging Infections and the Ecotone National Institutes of Health, Bilthoven, The

Netherlands. The ecotone as a zone of disease transmission. Symposium: Emerging diseases

transmitted between animals and humans. February, 2005.

Holland and China. The Vertical Farm: Agriculture for the 21st Century and Beyond.

46. The ecotone and transmission of infectious diseases. Microbial Threats to Homeland

2008. Gotham Hall. The Vertical Farm: Who will set the standards?

56. In Celebration Of A New Green Roof. The Free Library of Philadelphia. October 13th, 2008

62. The Vertical Farm as a Design Feature of the Urban Landscape. Parsons School of Design.

for the 21stCentury: The vertical Farm.

Farm:  agriculture for the 21st century and beyond.

Farm: agriculture for the 21st century and beyond.

Centerpiece for the Eco-city of Tomorrow.

101. The Vertical Farm. Alberta Association of Architects. May, 2014

102. The vertical farm as a research tool for agriculture schools. University of

105. Feeding the Future: Shrinking Resources, Growing Population and a Warming

OTHER ACTIVITES AND LECTURES

18. “A Celebration of Trout”, a night of music, poetry, and literature devoted to celebrating the habitat of trout.  Alumni Auditorium, Columbia University. March 15, 1995.

21. “What Lives Under The Rocks In The River”? - Lecture and demonstration, Grade 3, Roscoe Central School. April, 1995.

29. “Planting trees along a river as a focal point for environmental education to grade school-aged children”.  Annual meeting of NABS in Prince Edward Island, Canada. June, 1998.

COURSES AND GUEST LECTURES IN COURSES

1.“Parasitic Diseases”. Required course to the second year medical students. Since 1971 to 2009.

3. “Advanced Microbiology”. Required for all first year graduate students in the Department of Microbiology. 1992- 1998.

This Week In Virology (TWiV)– co-hosted with Vincent Racaniello. Since 2008

This Week in Parasitism (TWiP) – co-hosted with Vincent Racaniello. Since 2009