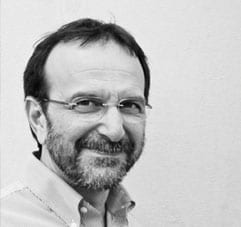 Racaniello established his own research laboratory at Columbia University in the fall of 1982. The aim of his laboratory is to understand the replication and pathogenesis of small RNA animal viruses Picornaviruses. The life cycle of a virus begins with its attachment to and entry into the cytoplasm of a cell. His laboratory identified CD155 (poliovirus receptor, PVR); a cell surface protein, and member of the immunoglobin superfamily as the protein that mediates this process. Understanding how the interaction between virus and cell alters the viral particle and how virus entry is facilitated by the interaction has helped elucidate the means by which poliovirus infection is initiated.

Humans are the only known natural host for poliovirus. The study of viral disease is therefore only feasible with the generation of a small animal model. Though not susceptible to poliovirus infection, murine cells do allow for efficient replication of poliovirus RNA introduced into the cytoplasm. Taking advantage of this observation, Racaniello’s laboratory constructed the first small animal model of poliomyelitis. Mice producing the human CD155 protein were generated and infected with poliovirus. These mice exhibited all symptoms and pathology of poliomyelitis observed in humans including flaccid paralysis and spinal cord lesions. These mice today are used not only to continue to understand poliovirus pathogenesis but as a means to test the safety of stocks of the polio vaccine.

Poliomyelitis is a disease of the central nervous system; however, it is believed that CD155 is present on the surface of most if not all cells of the body. An element present within the virus RNA was hypothesized to govern viral tropism in which tissues the virus infected. Newborn mice producing PVR were infected with wild-type poliovirus and a chimeric poliovirus in which this element was replaced with the same region from hepatitis C virus, a liver-specific virus, or coxsackievirus B3, a virus that infects the heart or meninges. Mice infected with any of these viruses exhibited symptoms of poliomyelitis. Therefore this region of poliovirus does not determine tissue tropism of the virus.

Secretion of interferon is one means the body uses to ward off pathogens including viral diseases. However, poliovirus is able to replicate when interferon is added to medium used to culture mammalian cells. Racaniello’s laboratory believes that this resistance is dictated by the 2A protein of poliovirus. Racaniello’s laboratory continues to investigate how poliovirus circumvents the immune response of the host enhancing our understanding of its pathogenesis and why it is a disease of the central nervous system.

Even though global eradication of poliovirus was initiated in 1988, and poliovirus infection continues throughout the world today, Racaniello’s laboratory has begun to investigate the life cycle and pathogenesis of other picornaviruses similar to poliovirus. These viruses include enteroviruses 68 (EV-D68) and 70 (EV70), human rhinovirus, coxsackievirus A21 and echovirus 1. Infectious clones of EV70 and several serotypes of rhinoviruses were generated. These reagents have been used to understand how host range of a virus can be altered and to identify cellular proteins necessary for replication of the viral RNA. Racaniello has also begun to study how these viruses evade the host innate immune system, in particular, Interferon type I response. Infection of cultured cells with human rhinovirus 1A results in the cleavage of the integral component IPS-1 (MAVS, Cardif). In addition, a small animal model of virus echovirus 1 pathogenesis has been established.

Racaniello is also interested in picornavirus evolution and movement. To this means, he intends to isolate and identify picornaviruses found in the wild throughout the Northeastern United States.

Racaniello’s laboratory continues to pursue the fundamental principles of virus biology. Together with a long term collaborator, Racaniello's lab has determined that neurotropism of enterovirus D68 and Zika virus are not recently acquired phenotypes. Furthermore, results from their studies examining Zika virus pathogenies revealed that neocortical development pathologies associated with virus infection may result from architecture defects of the developing brain.

Understanding that the World Wide Web is a primary scientific tool, Racaniello is one of the co-creators of BioCrowd, a social network designed to bring together scientists of all disciplines. Racaniello's virology blog, and podcasts This Week in Virology, This Week in Parasitism with colleague Dickson Despommier, This Week in Microbiology with Michelle Swanson, Michael Schmidt and Elio Schaechter, This Week in Evolution with Nels Elde and Immune with Stephanie Langel and Cynthia Leifer also unify science with technology. His blog, podcasts, specialized pages on Influenza 101 and Virology 101 aim to bring microbiology to non-scientists. Continuing to bring virology to those outside of the field, Racaniello established a library containing podcasts of lectures he has recently given at Columbia University.

Racaniello is listed as an inventor on at least 12 patents.